Super Smash Bros. carries over 20 years of Nintendo legacy. In addition to Nintendo history, beginning in 2008, it began incorporating 3rd-party characters, such as Konami’s Solid Snake from the Metal Gear franchise. So how is it that Super Smash Bros impacts players? Well, we will take a broad look.

By taking cues from Mario Kart’s successful, multiplayer formula, Smash Bros. developed a life of its own. While Super Smash Bros. is best known as a party-fighting game, what gives it appeal is more than being a fighter. Note that the “platform fighter” has been an imitated genre for decades, yet none hold the appeal of a Smash title. Why is that?

For at least 5 reasons covered, we’ll discuss why Super Smash Bros. is not just a platform-fighter, but a well-polished masterpiece that contains an encyclopedia of video gaming lore.

First and foremost, Smash’s biggest claim to fame right now is its character diversity. With over 70 characters featured in the latest game, Super Smash Bros. Ultimate, what started as a Nintendo fanfest developed into every gamer’s dream. Among Super Smash Bros’ best characteristics, the roster itself may be the standard hallmark.

On the N64, Smash started with 12 characters. In addition to fan-favorites like Mario, Luigi, and Pikachu, it included lesser-known favorites, like Ness from EarthBound. When Melee came to GameCube in 2001, it reintroduced NES characters, the Ice Climbers, handheld gaming originator, Mr. Game & Watch, and even brought Fire Emblem to the west for the first time. Marth and Roy’s inclusion made way for demand for Fire Emblem to come to America, which gave way to Nintendo’s successful JRPG series that still releases today for Nintendo Switch. 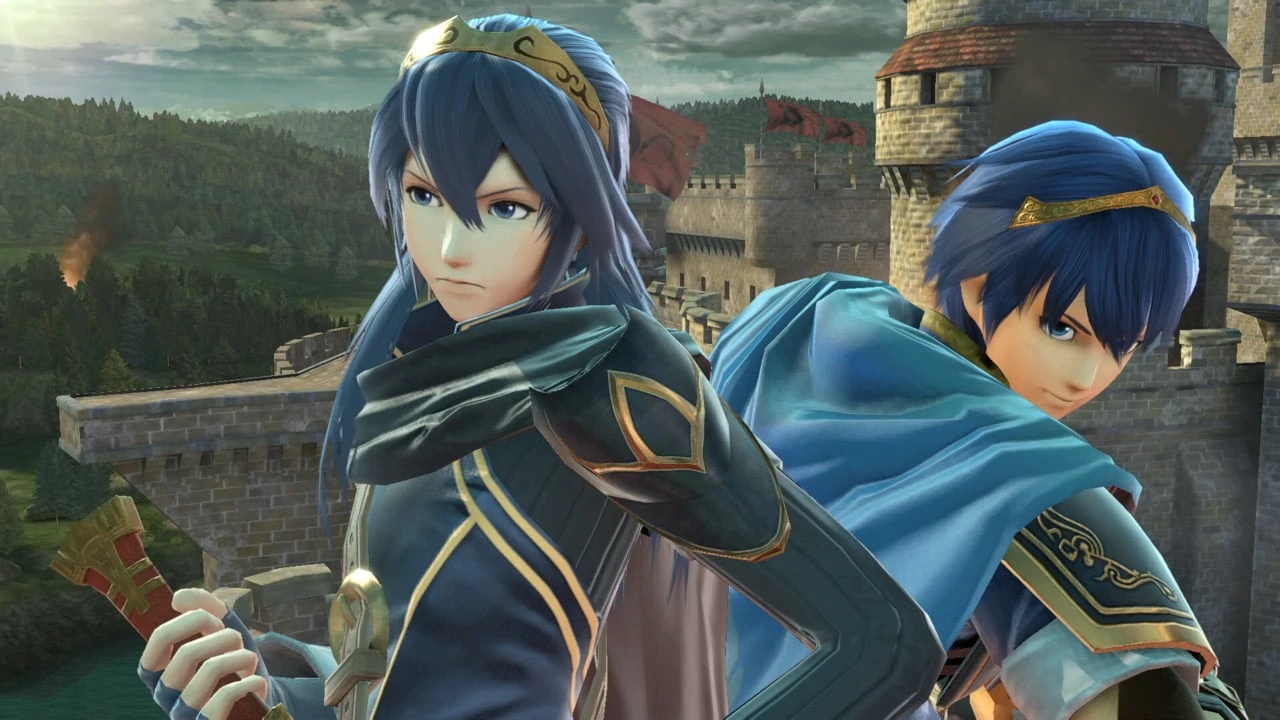 Brawl included Solid Snake and Sonic the Hedgehog, while Smash 4 included Mega Man, Ryu from Street Fighter, Cloud from Final Fantasy, and Bayonetta. Ultimate would continue this tradition with Ken from Street Fighter, Simon and Richter Belmont from Castlevania, Joker from Persona, Hero from Dragon Quest, and Banjo-Kazooie!

Another way Super Smash Bros. impacts players is through its in-game encyclopedia. Smash on N64 featured character bios. Melee introduced Trophies, 3D renders of characters on a platform. These included character history and their original games.

Not only did this cover the roster’s characters, however. It included items, stages, side-characters, and many more from each respective game. The level of depth in Melee’s Trophy room was unprecedented and would only grow through Super Smash Bros. Wii U.

Smash rewards players with some of the most distinct sound effects in gaming. Each time you unlock something, you get to hear a jingle. These jingles even vary in tone and pitch depending on how important it was. Plus with the sound effects you hear from collecting Trophies, Music, Stickers, and more, it’s like gambling, but without a net loss. It entices the player to unlock more and keep playing. It’s the gift that keeps on giving.

Guy’s called Megaman but he’s a kid. WHAT GIVES

Smash’s music has a storied history. SSB64 featured MIDI remixes of Nintendo tracks while Melee included an orchestra and tons of unlockable music. Brawl would feature entire lists of songs for each stage with music all composed by different musicians, which would continue through Ultimate.

Finally, the visual style of Smash Bros. goes unmatched today. Melee’s opening showcases the evolution of visual detail on characters and still was perhaps the best-looking game on the console. The lighting effects of attacks and stages look gorgeous in each game. Plus each game offers more explosive effects, such as the “Deadly Blow” red lightning in Smash 4 or the “KO” screen in Ultimate that’s borrowed from Street Fighter.

It goes without saying that Smash is successful due to its gameplay. The game combines the platforming elements of Mario and Kirby, the latter which was created by Smash series creator, Masahiro Sakurai. It incorporates many of the physics from Kirby Super Star as well, such as launching enemies and directional “B” moves. The latter element may be inspired by Namco’s own Tales series.

Duke it out bros!

Each character plays differently. Their weight, mobility, and moveset are all unique, save for “Echo Fighters,” which are based off another fighter, albeit with minute differences.

But the responsive fluidity of controls is Smash’s hallmark claim to fame. It’s among the easiest games to pick up and play. You can control your character’s momentum, fall speed, jump timing, and much more. Plus with each game feeling easier to control than the last, Super Smash Bros. best characteristics definitely include its method of play.

Nintendo’s Interaction with Their Players

Finally, the most recent claim to fame is Nintendo’s way of giving back to players. Shortly after they allowed Melee to be streamed on Twitch, Nintendo would go onto host tournaments at E3. Beginning in 2014, Nintendo introduced the Smash tournament and the Nintendo World Championships. In the Ultimate era, Nintendo not only hosted an E3 tournament. But they’ve sponsored several tournaments as well, such as the most recent being The Big House 2019.

While players still cry out for Nintendo to support Smash as an Esports scene, Nintendo still shows reluctance towards contributing money to a major tournament. Capcom, Netherrealm Studios, and Bandai Namco all contribute payout bonuses to the top-placing players of tournaments, but Nintendo has yet to move. However, their shoutouts on Twitter to players, presence at tournaments, and even giving out merchandise at tournaments remains one of the appeals of their method of giving back.

Final Words About Super Smash Bros Influence Over the Years

Given over 20 years of history, each Smash game grew bigger than the last. Not just in terms of roster, but its fanbase has grown immensely. Thanks to Nintendo’s advertising of tournaments and invitation of top players to events, more Smash fans are interested than ever before. With over 200,000 viewers watching EVO 2019 for the Smash Ultimate tournament, the series has reached its all-time high.

For casual or competitive players, and its multitude of characters, single-player modes, and multiplayer content, Smash has something for every Nintendo fan. What started as a Nintendo crossover party-fighting dream evolved into the ultimate showcase of gaming. Super Smash Bros. impacts players through its fanbase, roster, and Nintendo’s own support. As strong as the momentum has been since its December 2018 release, Smash Ultimate is perhaps the single most impactful game Nintendo has ever released.

Get the cheapest Super Smash Bros Ultimate keys over at Gamivo!

Thank you for reading our article on Super Smash Bros’ best characteristics! What do you love most about the series? Let us know in the comments below!

The rise of virtual influencers in influencer marketing
Craig Cranenburgh

Understanding Uniswap, how it works and what is Uniswap V2
Craig Cranenburgh
Free Guides See All >>